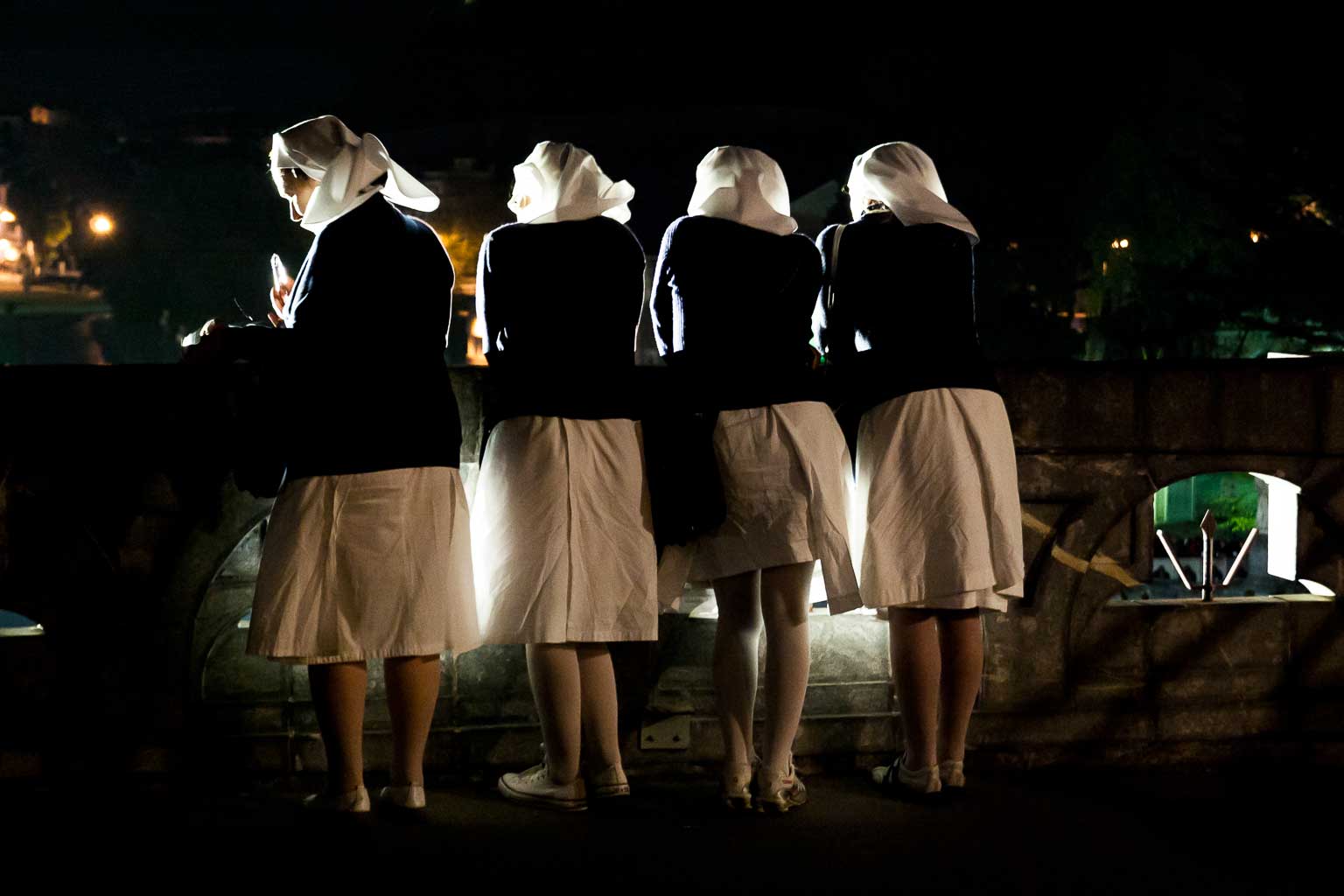 5 PHOTO EXHIBITS DEDICATED TO TRAVELLING. FROM FEBRUARY TO OCTOBER 2014 AT STUDIO_GALLERY PARIOLI_FOTOGRAFIA IN ROME.

Exposers Giulio Chidini (This Flame) / Federica Mazzotta (Fields) / Giulio Salvioni (A.V.O.) / Lorenzo Dina (China – Go where miles take you) / Aldo Fernando Crovetto (Quepos).
PARIOLI_FOTOGRAFIA studio_gallery, specialized in author travel’s photography, offers, in the year 2014, five photos repotages based on experience of every day life, totally different one from the other but utterly linked to each other by the “fil rouge” of a pressing research of colours and light to the point of overexposure. All the five photographers of (IN) TRAVEL – The round trip of the world in 10 shots have a practical approach to photography and to story telling through images. Still they are very different from each other but linked by the same special sensitivity and emotional approach.

1.     THIS FLAME/ 10 PHOTOGRAPHS BY GIULIO CHIDINI
Sunday February 16th_Friday March 7th 2014.
A photographic reportage of highly intense emotional impact achieved by Unitalsi, Emilia Romagna compartment, during a pilgrimage travel to Lourdes in April 2013. Prayers’ faces show no sorrow but happiness and joy. And those voluntary helpers show no endeavor. The photographs naturally rise from the dusk and night flare, while the light, deliberately overexposed, speaks of faith and spirituality.

2.     REFUGEE CAMP /  10 PHOTOGRAPHS BY FEDERICA MAZZOTTA
Saturday March 15th _ Friday March 28th 2014.
Inspired by the white desert, this is a story on the very hard conditions of Syrian refugees in Jordan. The images shown in the exhibition were shot in June 2013 at the Zaatari refugees camp in Jordan near the border with Syria. This camp, founded by the UNHCR (United Nations High Court Refugees) in July 2012, hosts 150,000 ca. fled from the Syrian conflict.

3.     A.V.O. 10 PHOTOGRAPHS BY GIULIO SALVIONI
Sunday April 6th _ Friday May 2nd  2014.
Descriptive and never merely didactic through his images, the architect’s Giulio Salvioni photographic tale is entirely dedicated to the masterpiece of popular architecture Villaggio Olimpico in Rome. Giulio Salvioni, with subtle intelligence, observation skills and a subtle use of images,  is inspired by a shot image taken in one of the apartments in the area where furniture and infrastructure are kept original from the Sixties and thinks over the time passing by from the end of XVII Olympics in Rome to date.

4.     CHINA – GO WHERE THE MILES TAKE YOU/PHOTOGRAPHS BY LORENZO DINA
Sunday May 11th _ Friday May 30th 2014.
A photographic trip chosen selecting destination from awarded air mileage and also by choice of heart, with no planning. Lots of contrasts and connected contradictions. From Peckin to Guilin going through Xi’an, Huashan, Zhangjiajie, Wudang Shan andYangshuo, this is the journey reported with this selection of shots taken on the road during summer 2013. The contrast between urban and rural, between extra modern and centenarian tradition, is faced with way of curiosity by the author that shows the portrait of a country whose grandeur is bigger than its geographic dimensions.

5.     QUEPOS / 10 PHOTOGRAPHS BY ALDO FERNANDO CROVETTO
Sunday October 12th_Friday October 31st 2014.
Quepos is a small town in the province of Puntarenas, on the Central Pacific Coast in Costa Rica.  Its famous national park Manuel Antonio where hundreds of birds, mammals, reptiles and amphibian live as in lushly garden, also hosts a big variety of exotic plants and various trees species. The beauty of this flourishing, tropical heaven, as well as the diversity of its fascinating flora and fauna are the starring role of these shots.
Quepos is more than generous for a photographer’s eye and offers an infinity of cues between plants and protected animals of an authentic Eden.

Studio Gallery Parioli _Fotografia is opened Monday to Friday from 10 am to 5 pm. Saturday and Sunday by appointment.
Free entrance.